skip to main | skip to sidebar

I don't know if anybody but my mom still visits this blog (or any blog for that matter), but just in case there are other people out there who still drop by I figured I should explain why I'm such a slacker when it comes to posting updates.

Back in early 2008 I purchased a video game called Rockband, and it completely changed my life. I started banging away at those cheap, plastic, piece-of-crap "drums" that came with the game and I couldn't stop. I was completely obsessed with playing the drums on Rockband. Of course I was terrible at first, having never played the drums or any other musical instrument; I was barely able to make it through the songs on "easy" without failing. But, eventually I made it through all the songs on "easy", then on "medium", and then on "hard", and pretty soon, I was making it through most of the songs on "expert". I was even able to get gold stars on some of them (hooray!). Then, at some point, I had the opportunity to sit down at a real drum kit, and it turns out that Rockband drum skills actually translate into real (sort of) drum skills! Long story short, I bought a real drum kit, took a year-and-a-half of real lessons, and for the last two years I have been playing the drums in a real band with a bunch of high school friends. I'm having a total blast! 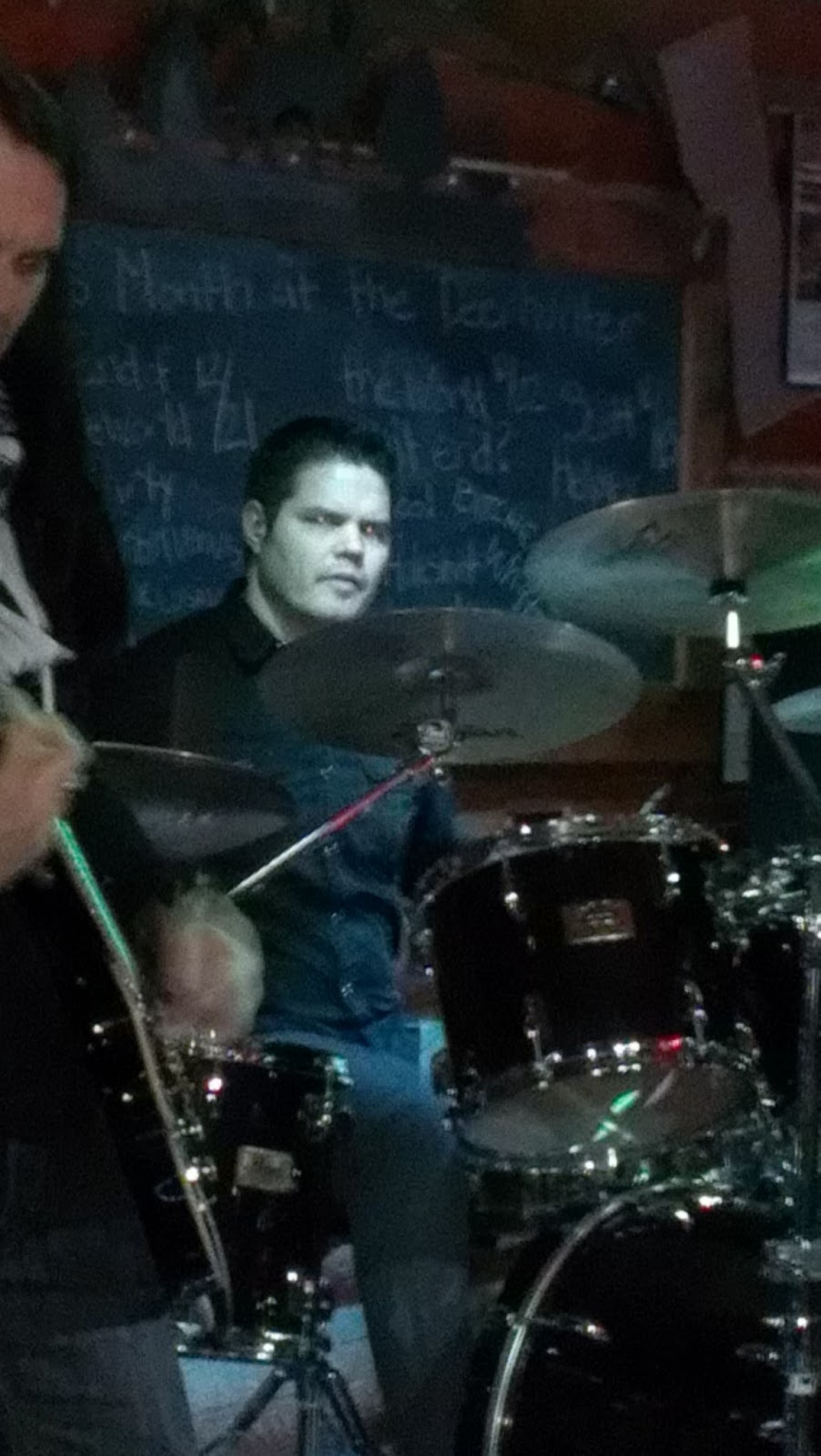 Now, in a couple of days my band, Intra-Venus & the Cosmonauts, will be heading into the studio to record a proper album, and in a crazy and surreal turn of events, we have managed to secure David J, legendary bassist of the amazing and hugely influential post-punk/goth bands Bauhaus and Love and Rockets to be our producer! Seven years ago, if you had told me that I would end up playing the drums in a rock 'n roll band I would have thought that you were completely crazy! Seven years ago, if you had told me that I would be playing the drums in a rock 'n roll band and would be recording an album with David J as producer, I would have thought it more likely that I would grow wings and fly myself to the moon! I should point out here that I have always been a huge fan of music and am very passionate about the music I listen to. I have also always thought it would be fun to play the drums but was sure that you needed to possess supernatural powers to do so, and I knew that I was definitely lacking in these powers. So as you can imagine, I'm incredibly excited about this amazing opportunity!....and terrified! I mean, let's face it, I've only been playing the drums for about 4 years (almost 7 if you count my time playing Rockband) and I'm definitely not the worlds greatest drummer. Heck, I would describe my drumming as barely adequate. So I'm doing my best not to freak out and crawl into a hole because I'm terrified of failing in spectacular fashion in the studio....with David J! *freakout*

I would also like to mention that my band is running a kickstarter campaign to raise the money to record, manufacture, and distribute this album. So if you feel so inclined, a donation would be greatly appreciated!

So now you know why I'm terrible at updating my blog: I have a new hobby that takes up most of my create-artwork-for-my-blog time. I guess you can also blame some of it on this, but in the end the *real* reason is that my heart is no longer in my art, it's in my drums! 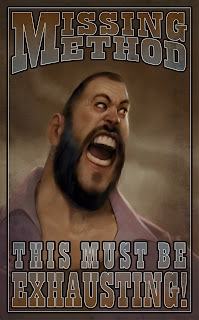 Missing Method is an amazing rock band  that features my lil' bro on lead vocals and rythm guitar. They put out a music video a few months ago which inspired the above digital painting.  You can check out the music video below.

﻿If all that isn't enough to completely blow your mind, you can also go to their band page and download their new CD for freeeeeeee!!!.....for a limited time.  I highly recommend checking it out.

....seriously. Go listen to "The Escape Artist" and "Twisted Constructs".  Even if those songs hadn't been written and performed by my brother's band I would still highly recomend them.  I can't stop listening to them!
Posted by Brian Cutler at 10:46 AM 12 comments: 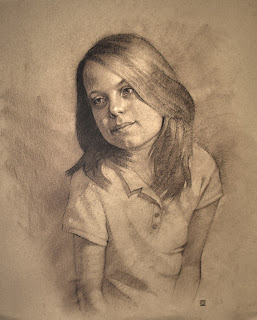 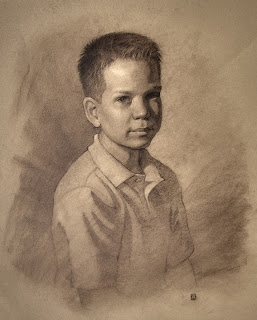 I finally got around to finishing these portraits of my kids. They're much cuter in real life. I'm not completely happy with the way these turned out, but I don't hate them so much that I won't let my wife hang them in our house....speaking of the drawings, of course, and not my actual kids!
Posted by Brian Cutler at 12:53 PM 7 comments: 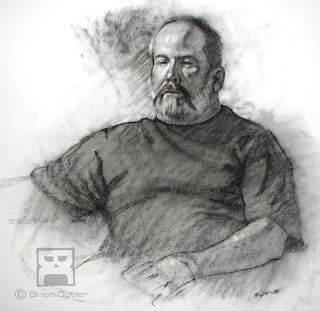 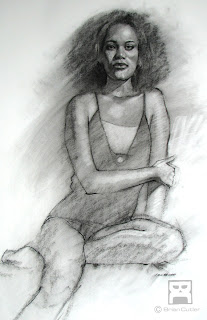 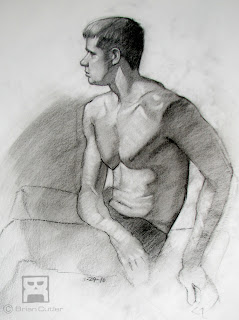 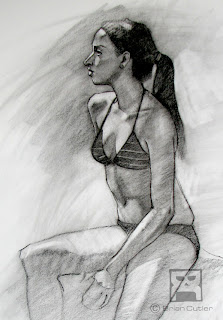 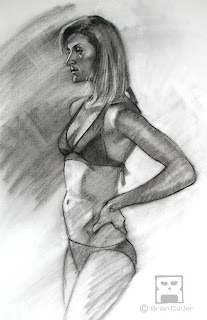 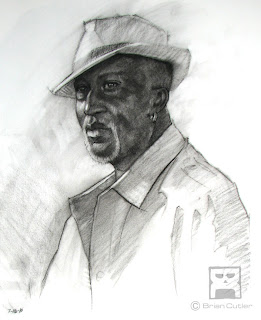 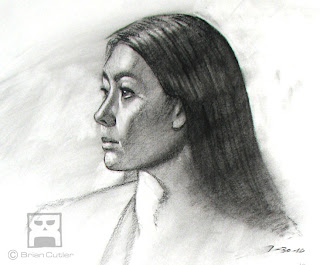 More drawings from the weekly Avalanche life drawing session. As always, these are 1.5-hour drawings using black compressed charcoal on 18"x24" paper.
Posted by Brian Cutler at 10:05 AM 11 comments: 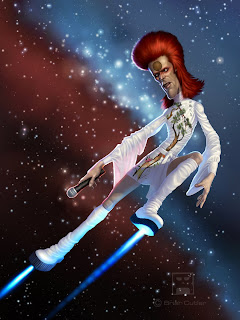 This is a digital painting I did for the Spaceman topic on the Avalanche art blog.  I've never really done a charicature like this before, so it was definitely a learning experience for me.  I think I still have a lot to learn.
Posted by Brian Cutler at 2:38 PM 8 comments: 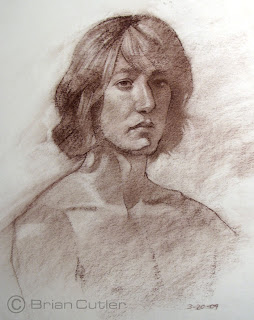 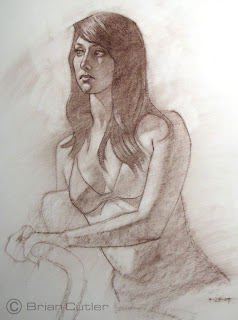 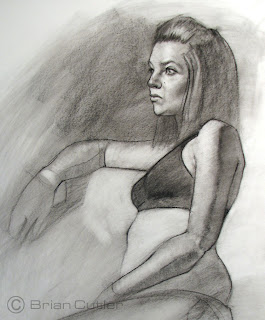 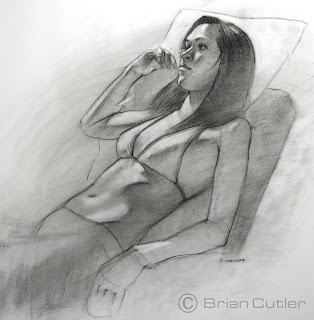 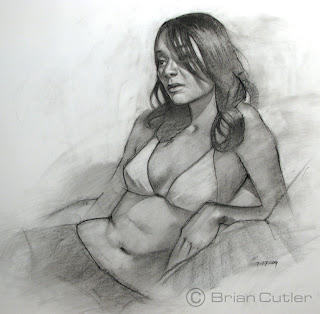 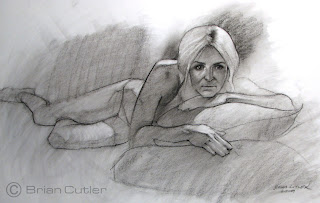 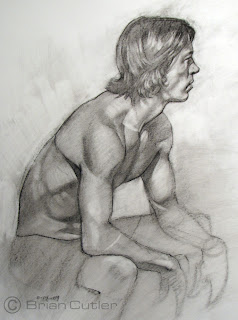 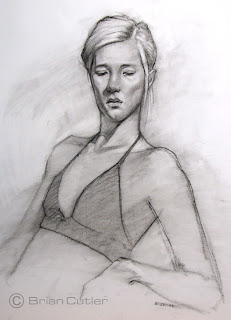 Time to clean out the fridge again....

These were starting to get moldy. I've got another large stack of drawings waiting to get photographed and posted. I've also got a few digital paintings in the works. Hopefully, I can get them done before the next century. 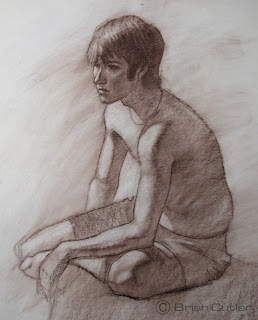 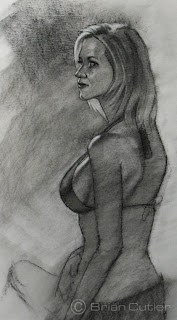 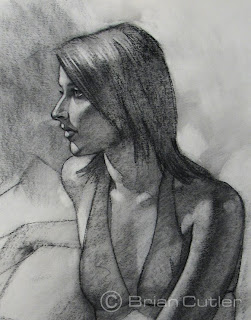 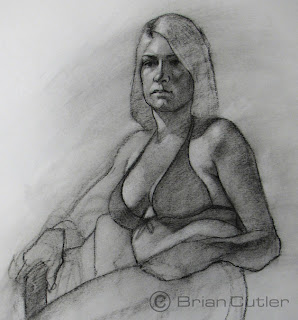 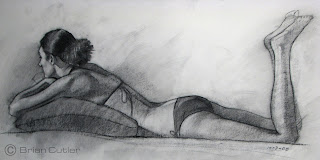 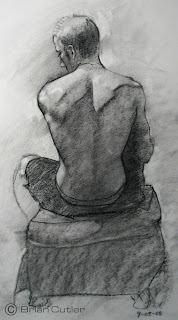 Brian Cutler
Angry eyes and dimples just about sums it all up...